The 48 laws of power made our must read books for every gentleman, we decided not every law is made equal. Here are the most important laws you should implement in your life.

This law is very important, take the description: “everyone admires the bold; no one honours the timid. It’s a well-known fact that lions circle the hesitant prey, enter an action with timidness and people will pick up on it. You will bring out the lion in even the nicest people, we as humans pick up on fear, once everyone knows you are not bold, it invites them to push you around without mercy.

This law in action:

Mike Tyson the revered world heavyweight boxer has said he knew he had won the fight when his opponent broke eye contact with him, this showed him he had intimidated his prey. 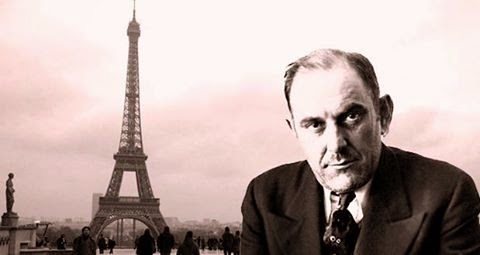 Also, take Monsieur Lustig the con man who managed to sell the Eiffel Tower, the audacity to sell such a landmark deceives the human eye. The largeness of scales convinces you that there can be no scam because who in their right mind would try to scam someone by selling something a big as the Eiffel Tower. It was the boldness of the action that caused a Monsieur P to pay 250,000 Francs for the Eiffel Tower.

Law 5: So much depends on reputation-guard it with your life.

Reputation is the cornerstone of power, with reputation you can win a war without ever stepping on to the field of battle. Just the mention of your name can draw fear into the hearts of your enemies. This is why you must guard your reputation with your life because, it could cost you your life. This Law in action: The great Chinese general  Chuko Liang once  sent his great army to a camp whilst he rested in a town with only a few soldiers. Suddenly his enemy Sima Ya approached the city with over 150,000 troops. Liang’s position was a hopeless one. He told the few men he had to hide in the city and he sat on the most visible part of the city wall. Soon Sima Yi’s army had surrounded the  city and they saw the great general playing a a lute. To the surprise of his army, Sima Yi retreated.

The reputation of the great general was so great even when in a hopeless position Sima Yi thought the empty town was a trap. At no point did he consider the general had made a sloppy decision, his reputation was too good for that. Liang’s reputation as a calculated general who is always one step ahead saved his life, this is why reputation is everything.

Law 45: Preach the need for change, but never reform too much at once.

People always demand change, but in reality we are creatures of habit, too much change confuses us, as we have grown accustomed to certain ways of doing things. This is why you must master the skills of convincing people of the need for change but when given the power do not change too much. Respect the old ways of doing things, but when you make changes make them feel like improvements of what already exists.

This law in action: In his book Robert Greene gave historical examples, however, in the present Donald Trump embodies this law. In his campaign trail Trump promised a multitude of change, but note how his message was always “Make America great again”. He promised change that would be an improvement of the past. Now he is in power see how he has not made all the changes he promised all at once. Trump knew he could never ban Muslims from the United States so he had a temporary ban put into place that his administration knew would be repealed by the Justice department.

Avoid the unhappy and unlucky, where you feel you may be helping a drowning man you can be setting yourself up for your own demise. Those who are unlucky will pass on this to you, associate with those who are happy and fortunate.

Never open your door to the least of misfortunes,for, if you do, many others will follow in its train… Do not die of another’s misery Baltasar Gracian. This law in action: Lola Montez attracted men through her wiles, but her power over them was not merely sexual. They loved her character and the emotions she brought out in them men made them feel alive, so they felt they needed to have her around. However, over time her instability would start to affect the men. The men would find themselves helping her with her problems, this would affect their friendships, relationships with family members or in the case  of King Ludwig of Bavaria, a whole nation. The only way to stop her was either to remove her from your life or suffer the eventual ruin she would bring. King Ludwig of Bavaria was forced to abdicate after his relationship with Montez affected the sterling reputation he had built as King.

If we must some laws you consider more important comment below 🙂