Ask any tourist what they think about American food and they will tell you it is indicative of the vices of capitalism. Most non-Americans consider American portion sizes to be too big, its seems as if the mantra when becoming a chef in America is bigger is better.  America also has a love affair with oil willing to fry almost anything, but then again the British fry ‘Snickers’ bar.

America is very guilty of taking food from other cultures and making it a fried shell of its former self. Here are foods that America has completely ruined.

Traditional Sushi is meant to be raw fish and specially prepared vinegared rice (sushi literally translates to “sour-tasting”. Not only have America disregarded the roots of this specialty, they have taken what is meant to be a very simple yet technical dish and added fruits, chicken, avocado, beef and cream cheese. Under no circumstance should sushi ever be fried or made into a pizza but Americans have managed to do both.

Below is Sushi as prepared in Japan, note the simplicity and fresh ingredients: 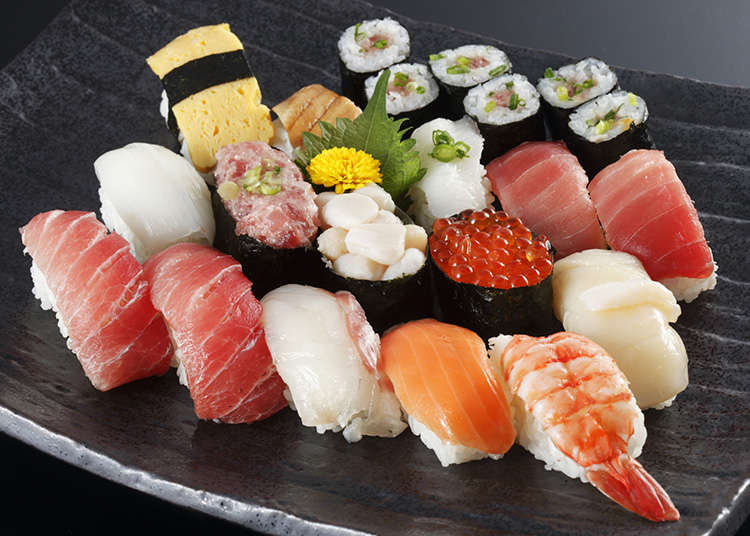 This is Sushi in America, note the excessive ingredients… 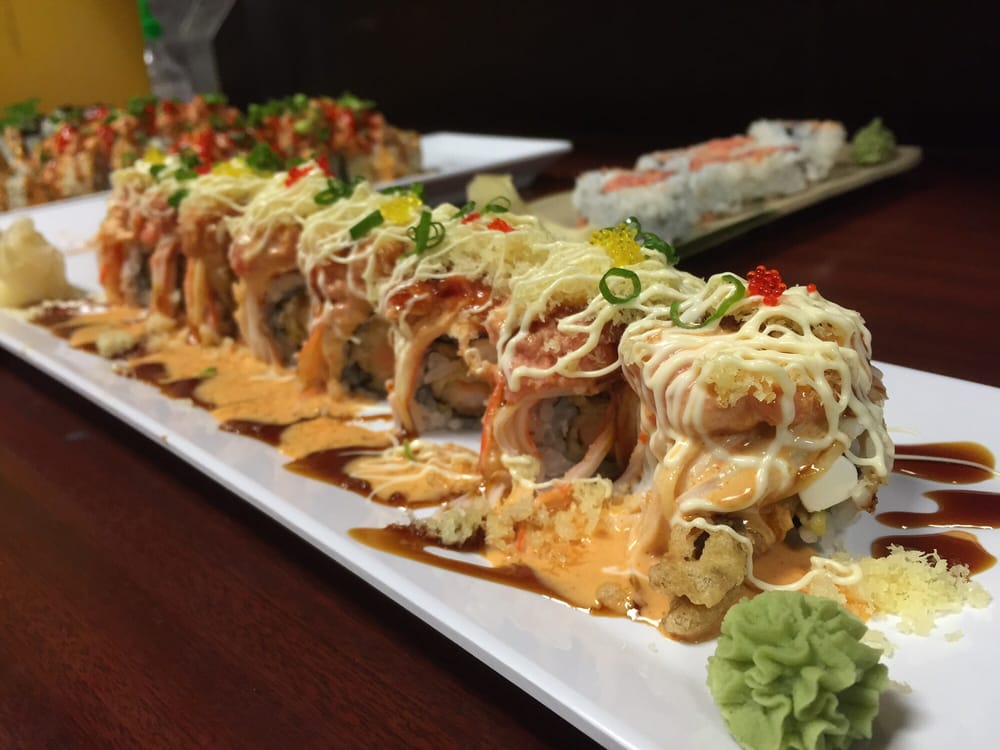 However, this is the most blasphemous thing, Americans have done to Sushi. At first we thought Sushi pizza was a joke but a number of establishments in America do serve this unholy trinity. 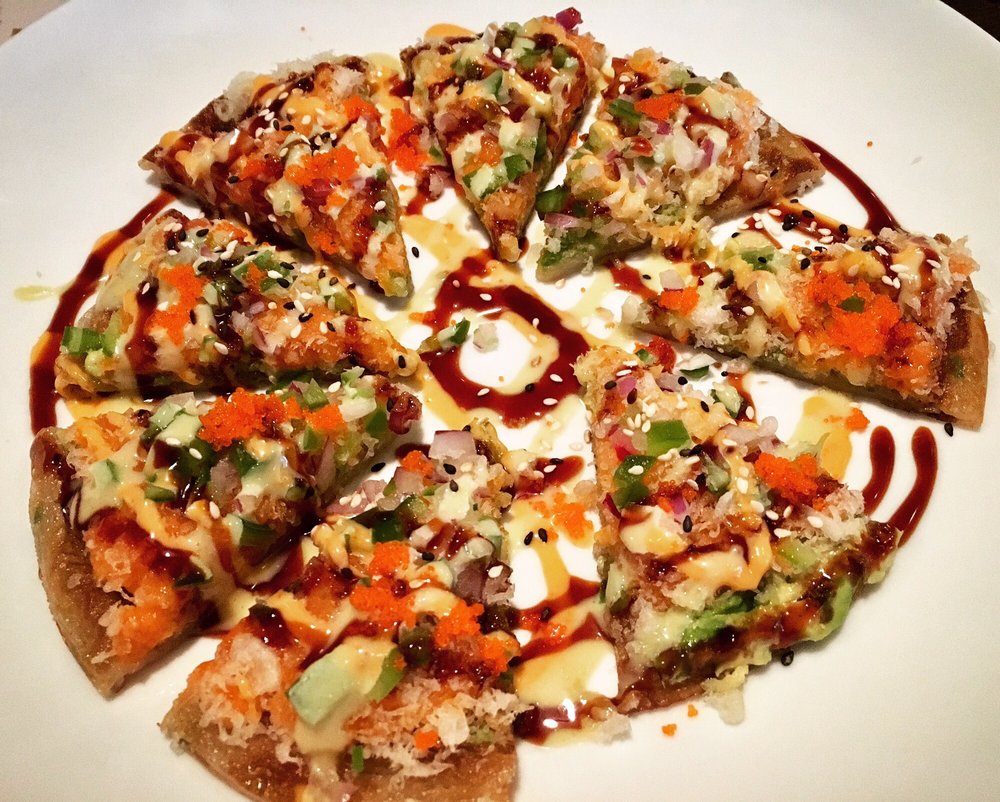 This one is more complicated because New York does have some great pizza made by Italian migrants. But one could argue they have forgone their roots in order to make slices for the American palate. Neopolitan and Sicilian pizzas are the norm in Italy. Care is taken to ensure the right ingredients are used to give the pizza as such flavour as possible. Authentic Neapolitan pizza (pizza napoletana) is typically made with San Marzano tomatoes, grown on the volcanic plains south of Mount Vesuvius, and mozzarella di bufala Campana, made with milk from water buffalo raised in the marshlands of Campania and Lazio.

American have come up with their own variations including the Chicago deep pan, which is just a monstrosity. Lets be honest, sausage rolls were never a delicacy to begin with but British people do love them. So you can understand the anger that followed after US supermarket Trader Joe’s released the ‘Puff Dog’ which made a mockery of Britain’s favourite pastry.

Here are the sausage rolls Trader Joe’s were trying to copy.

Despite Donald Trump trying to kick out Mexicans their influence on American cuisine can never be removed. Next time you get a Burrito packed with every ingredient known to man remember that you are not eating authentic Mexican food. 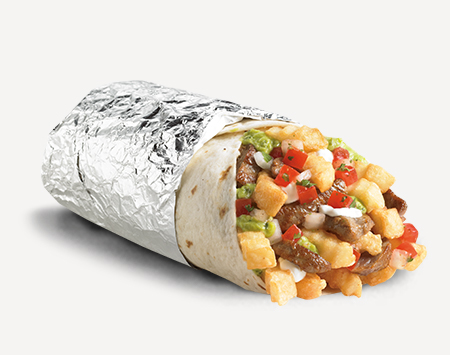 Tacos de harina (wheat flour tacos) which hail from provinces in southern Mexico, are much thinner and smaller than the American version, and usually only include two or three ingredients such as a meat or seafood base with rice, beans, white cheese, or chiles. 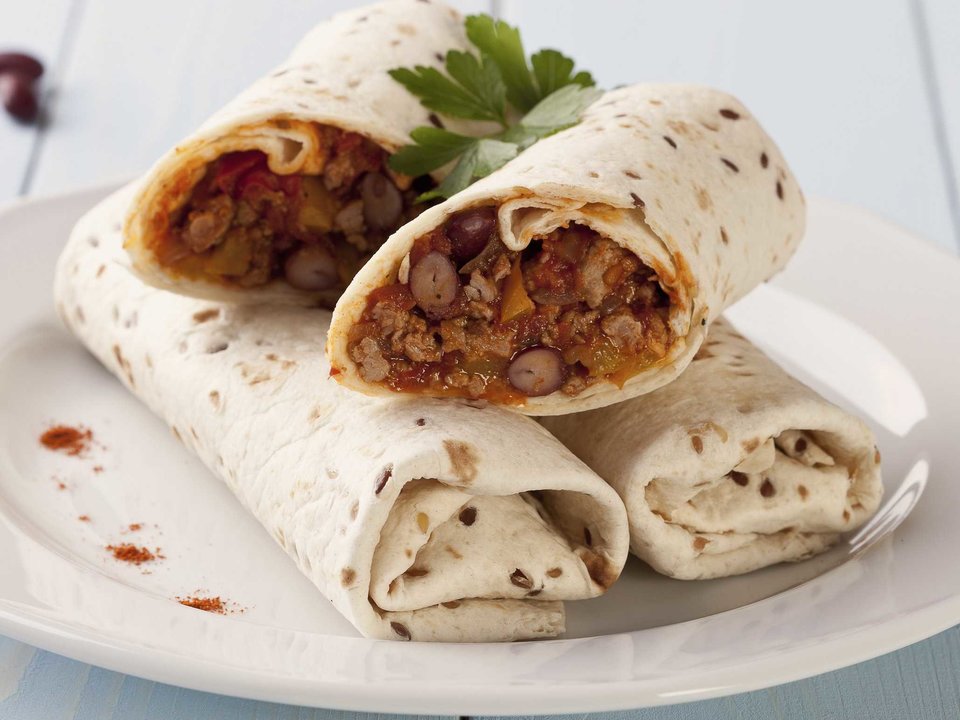 Never forget the Croissant Taco, shame on you America!