Swiss heritage brand Bucherer has teamed up with Bündnerbike to create a one-of-a-kind motorcycle, to celebrate Bucherer’s Blue Edition collection.

The bike is based of the Harley-Davidson Softail Slim S. It’s the outcome of what would happen if rappers were bike fans, the amount of bedazzlement on this bike is why it costs £1.4 million. 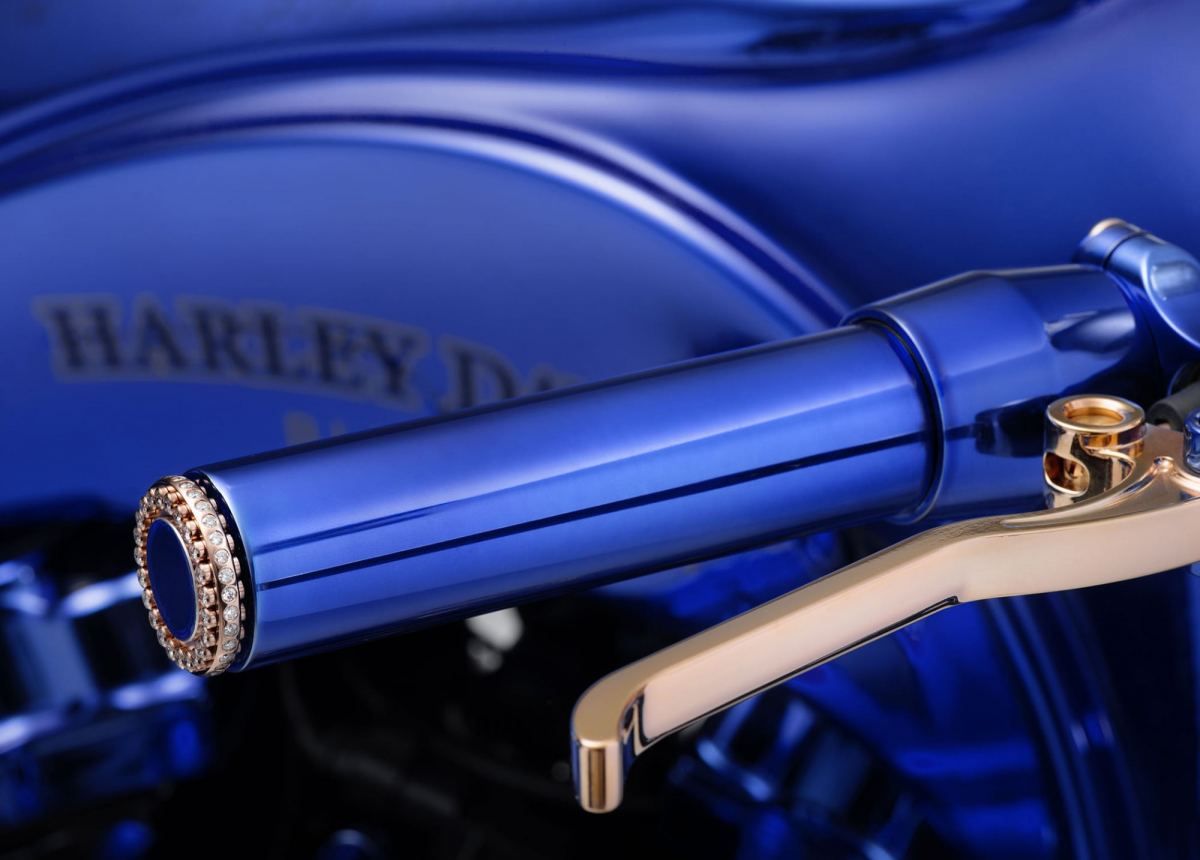 For example, there is a  Carl F. Bucherer watch (based on the Patravi TravelTec II)  which is embedded in the reight-hand side of the fuel tank and  a Solitaire Heaven ring with a flawless 5.40-carat diamond smuggled into the left. 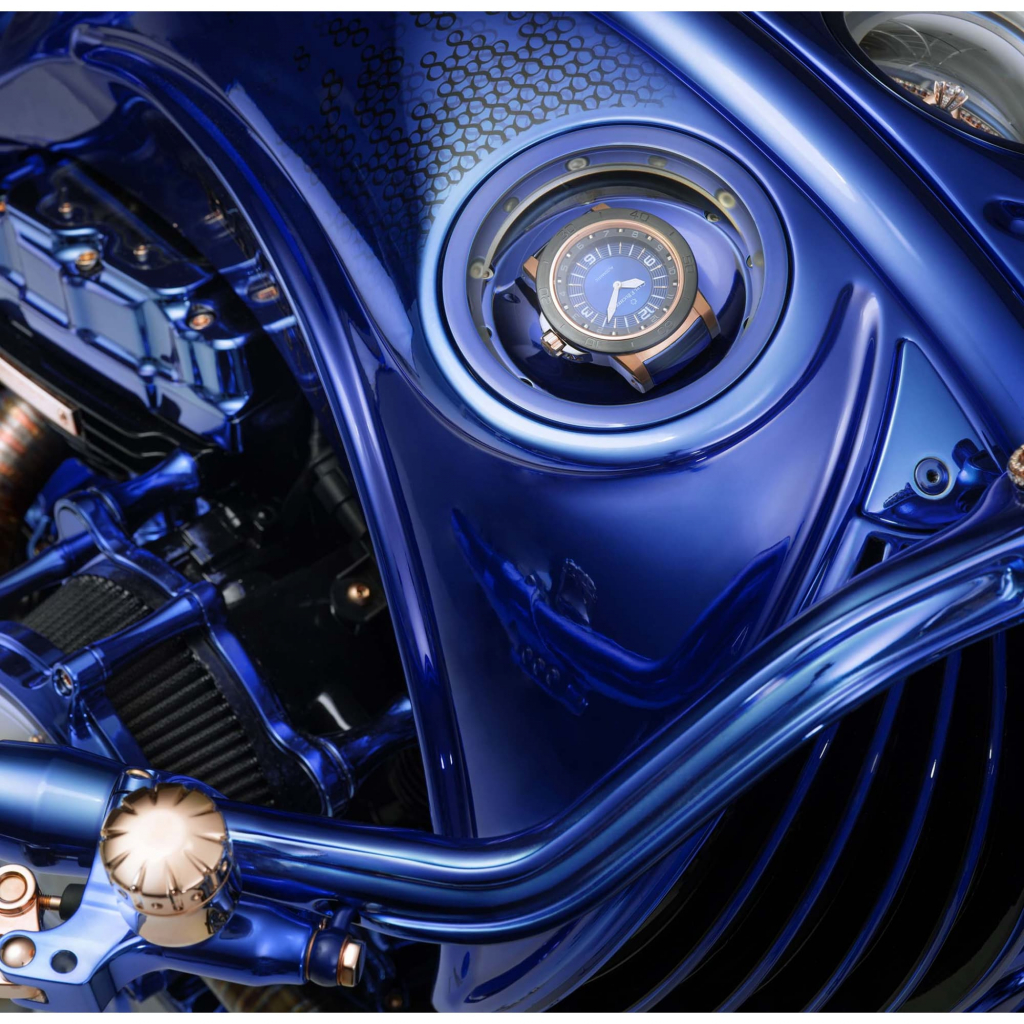 The entire bike is Silver-plated and any knob or screw is plated in shining Rose gold. The foot pegs, valves and grips are draped in gold. And because its 2018, you push start the bike with your fingerprint.

You don’t have to worry about leaving this bike outside, all the jewelry is house behind glass that acts as a safe. But still it would be advisable to get some insurance just in case. 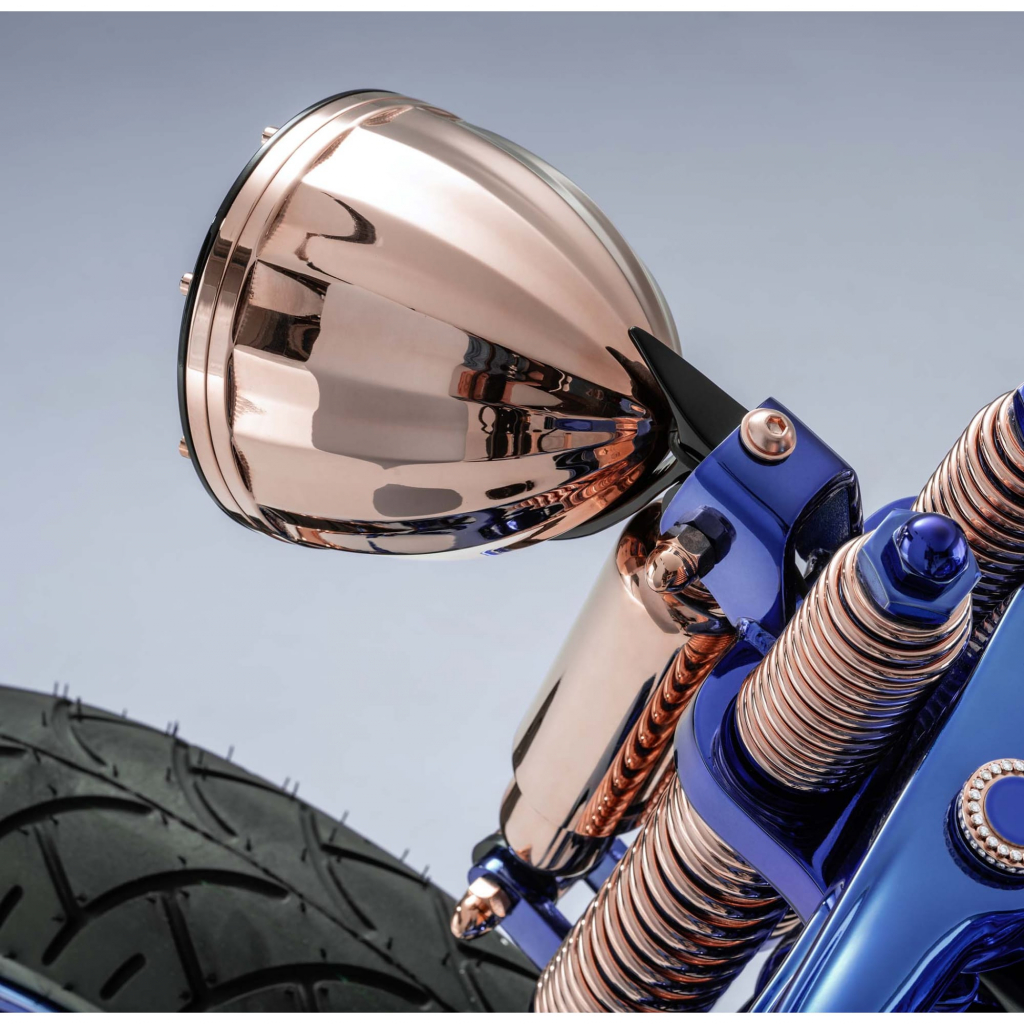 The Bucherer Harley-Davidson Blue Edition isn’t your run-of-the-mill home project, one of the reasons it has such an astronomical prize is the careful detail. Indeed, it took the folks at Butherer over one-year just to make this one model.

The results show this he five specially crafted pieces from Bucherer Fine Jewellery’s Dizzler ring collection, which are dotted around the frame and feature 360 diamonds (32.962 carat) in total. 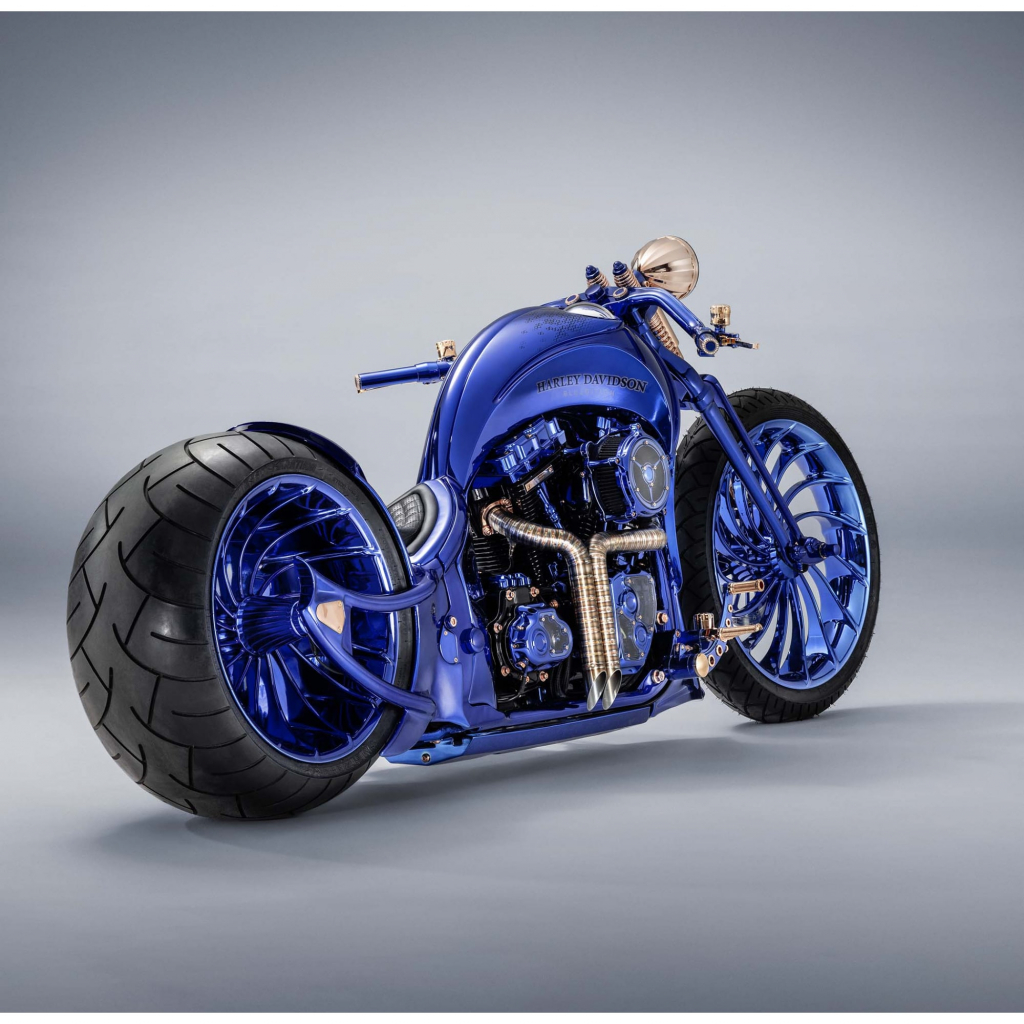 But for me the highlight is the engine casing, which the engineers at Bucherer managed to make transparent so the inner working could be illuminated by blue dazzling LED lights.

The remainder of the lighting system is cleverly integrated into the fenders and bars, while the air suspension system can be adjusted all round to adapt the ride to suit.